Mary Magdalene and the other Mary went away quickly from the tomb, fearful yet overjoyed, and ran to announce the news to his disciples.

And behold, Jesus met them on their way and greeted them. They approached, embraced his feet, and did him homage.

Then Jesus said to them, “Do not be afraid. Go tell my brothers to go to Galilee, and there they will see me.”

While they were going, some of the guard went into the city and told the chief priests all that had happened.
They assembled with the elders and took counsel; then they gave a large sum of money to the soldiers,
telling them, “You are to say, ‘His disciples came by night and stole him while we were asleep.’
And if this gets to the ears of the governor, we will satisfy (him) and keep you out of trouble.”

The soldiers took the money and did as they were instructed. And this story has circulated among the Jews to the present (day).

Fra Angelico, also known as Blessed Angelico since Pope John Paul II beatified him in 1982, painted this scene in Cell 1 in the Convent of San Marco in Florence, where he lived as a Dominican monk.

Imagine yourself as Mary Magdalene in this scene. Yesterday you saw your beloved Rabbi die a painful, horrendous death on a Roman cross. You saw his lifeless body removed from the cross and hurriedly placed in the tomb before the beginning of Sabbath. You spent a sleepless night, filled with grief and fear as you wondered how this unspeakably horrible event could have come to pass. Before dawn, you arise and head toward the tomb. Imagine the desolation that grips your heart at the thought of handling your beloved Master’s dead body in order to prepare it properly for its entombment. Never to hear his voice again! Never to see his tender smile. Never never never again will you see the beauty of your soul reflected in his loving eyes, the way he saw you despite your past.

But the tomb is empty!! What mischief has transpired in the night? Then…how can this be? Master? You are alive?? You fall at his feet in a mixture of fear and joyful confusion and hear him say, “Do not be afraid.”

Where in your life is God telling you to let go of your fear? Is there a particular area or event where fear is holding you back? Release it now, as you clasp the feet of your Risen Lord.

Thank you Jesus, for freeing me from fear.

One thought on “Do Not Be Afraid!” 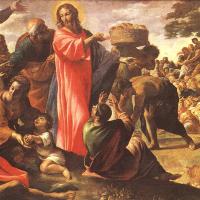 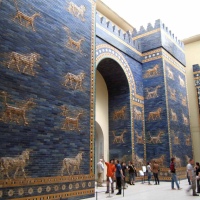