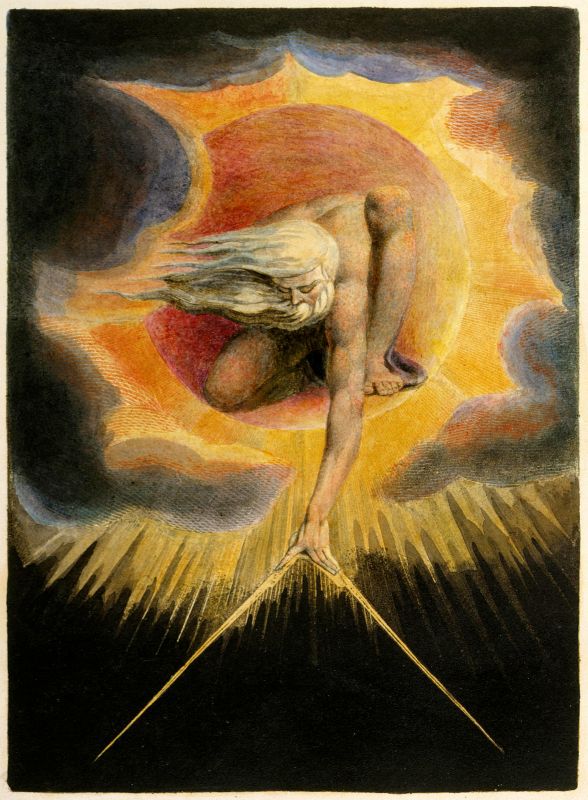 Thrones were set up
and the Ancient One took his throne.
His clothing was snow bright,
and the hair on his head as white as wool;
His throne was flames of fire,
with wheels of burning fire.
A surging stream of fire
flowed out from where he sat;
Thousands upon thousands were ministering to him,
and myriads upon myriads attended him.

Ancient of Days, or Head of Days, is a name for God in theBook of Daniel: in the original Aramaic Atik Yomin; in the Greek Septuagint Palaios Hemeron; and in the Vulgate Antiquus Dierum.

The title “Ancient of Days” has been used as a source of inspiration in art and music, denoting the Creator’s aspects of eternity combined with perfection. William Blake’s watercolour and relief etching entitled “The Ancient of Days” is one such example.

In Eastern Orthodox Christian hymns and icons, the Ancient of Days is sometimes identified with God the Father or occasionally The Holy Spirit; but most properly, in accordance with Orthodox theology he is identified with God the Son, or Jesus Christ. Most of the eastern church fathers who comment on the passage in Daniel (7:9-10, 13-14) interpreted the elderly figure as a prophetic revelation of the Son before his physical Incarnation. As such, Eastern Christian art will sometimes portray Jesus Christ as an old man, the Ancient of Days, to show symbolically that he existed from all eternity, and sometimes as a young man, or wise baby, to portray him as he was incarnate. 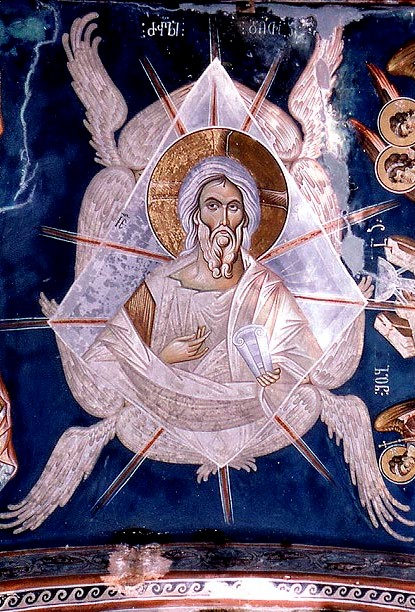 The Ancient of Days. A fresco by Damiane from Ubisi, Georgia, 14th century

This iconography emerged in the 6th century, mostly in the Eastern Empire with elderly images, though usually not properly or specifically identified as “the Ancient of Days.” The first images of the Ancient of Days, so named with an inscription, were developed by iconographers in different manuscripts, the earliest of which are dated to the eleventh century. The images in these manuscripts included the inscription “Jesus Christ, Ancient of Days,” confirming that this was a way to identify Christ as pre-eternal with the God the Father. Indeed, later, it was declared by the Russian Orthodox Church at the Great Synod of Moscow in 1667 that the Ancient of Days was the Son and not the Father.

In the Western Church similar figures usually represent only God the Father. Building his argument upon the Daniel passage, Thomas Aquinas recalls that some bring forward the objection that the Ancient of Days matches the Person of the Father, without necessarily agreeing with this statement himself. 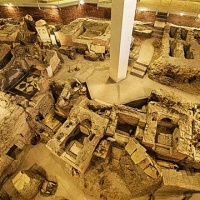 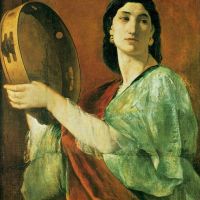