When Jesus saw the vast crowd, his heart was moved with pity for them,
for they were like sheep without a shepherd;
and he began to teach them many things.
By now it was already late and his disciples approached him and said,
“This is a deserted place and it is already very late.
Dismiss them so that they can go
to the surrounding farms and villages
and buy themselves something to eat.”
He said to them in reply,
“Give them some food yourselves.”
But they said to him,
“Are we to buy two hundred days’ wages worth of food
and give it to them to eat?”
He asked them, “How many loaves do you have? Go and see.”
And when they had found out they said,
“Five loaves and two fish.”
So he gave orders to have them sit down in groups on the green grass.
The people took their places in rows by hundreds and by fifties.
Then, taking the five loaves and the two fish and looking up to heaven,
he said the blessing, broke the loaves, and gave them to his disciples
to set before the people;
he also divided the two fish among them all.
They all ate and were satisfied.
And they picked up twelve wicker baskets full of fragments
and what was left of the fish.
Those who ate of the loaves were five thousand men. 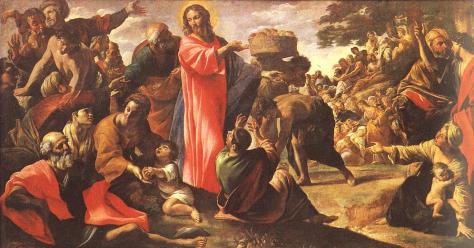 The Multiplication of the Loaves and Fishes
Giovanni Lanfranco, 1620-1625. National Gallery of Ireland, Dublin.

From The Art of Painting and a Visual Journey into the Bible:
“Giovanni Lanfranco, born in Terenzo, close to Parma in Italy, in 1582, painted many religious decorations for churches and palaces in Rome. The ‘Multiplication of the Loaves and Fishes’ was commissioned for the Blessed Sacrament chapel in the Basilica of Saint Paul Outside the Walls in Rome.

Basilica of St. Paul outside the walls, Rome

Lanfranco made eight canvases for this chapel on the theme of the Eucharist. The scene of the miracle is seen in perspective from below, so the painting was intended to hang high.

Lanfranco continued the Roman Baroque style in which volume was all-important as created by the play of light and shadows. But line and form, inherited from Florentine artists, were still important for him and suited the story that had to be told to the churchgoers. Thus, his figures are clearly delineated, as can be seen in the figure of Jesus. The wonderfully bright Jesus stands out against the darker tones of the people who have come to hear the Messiah. Jesus shows the loaves to the people, reassuring them. He towers above all and the view of the devoted faithful in the chapel must have fallen immediately on him. Look at all the detail in which the figures are drawn. All are in a different pose with sometimes theatrical movements of hands and heads. The gestures remain believable however. It is always a tour-de-force in such anecdotal pictures to have the figures move, point, show surprise and agitation, yet keep the gestures natural without too much sentimentality, and to keep them still credible. Lanfranco succeeded in this feat…

Lanfranco was a master in creating space. The figures on the left are near the viewer. The scene on the right is farther off. So, the figures on the right are smaller. In this seemingly easy picture, made by a painter who is not that well known, we find a masterpiece of narration, of color and of space, which fits perfectly the miracle of the multiplication of the loaves and fishes.”

The following reflection is courtesy of Don Schwager (c) 2016, whose website is located at http://www.dailyscripture.net

Meditation: Nothing can satisfy the deepest longing and desire of the heart – except God alone. Do you believe that is true? Of all the miracles Jesus did, the multiplication of loaves and fishes is the only one which is repeated in all four Gospels. A great crowd of people had gathered to hear Jesus because they were hungry for God’s word. Jesus’ disciples had wanted to send the crowd away at the end of the day because they did not have the resources to feed them. They even complained how much money it would take to feed such a large crowd – at least six month’s wages!

Jesus satisfies our hunger – both physically and spiritually
Jesus did the unthinkable. He took the little food they had – only five loaves and two fish – and giving thanks to his Father in heaven, he blessed and distributed this meager portion to the vast crowd. To the amazement of all, there was more than enough food for everyone present. And they ate until there were satisfied of their hunger. The twelve disciples took up what was left over – twelve baskets full of fish and loaves – so that nothing would be wasted.

Jesus is the true bread of heaven – which produces abundant life
What is the significance of this miracle? The miraculous feeding of such a great multitude pointed to God’s provision of manna in the wilderness for the people of Israel under Moses’ leadership. This food foreshadowed the true heavenly bread which Jesus would offer his followers. Jesus makes a claim only God can make: He is the true bread of heaven that can satisfy the deepest hunger we experience.

The feeding of the five thousand shows the remarkable generosity of God and his great kindness towards us. In the multiplication of the loaves and fishes we see a sign and a symbol of what God always does. When God gives – he gives abundantly. He gives more than we need for ourselves so that we may have something to share with others as well, especially those who lack what they need. God takes the little we have and multiplies it for the good of others. Do you trust in God’s provision for your life and do you freely share what you have with others, especially those who lack what they need?

“Lord Jesus Christ, you satisfy the deepest longings of our hearts and you feed us with the finest of wheat (Psalm 81:16). Fill me with gratitude for your blessings and give me a generous heart that I may freely share with others what you have given to me.” 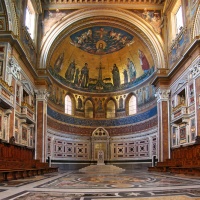 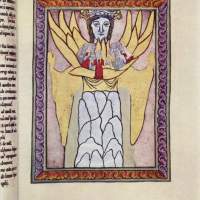